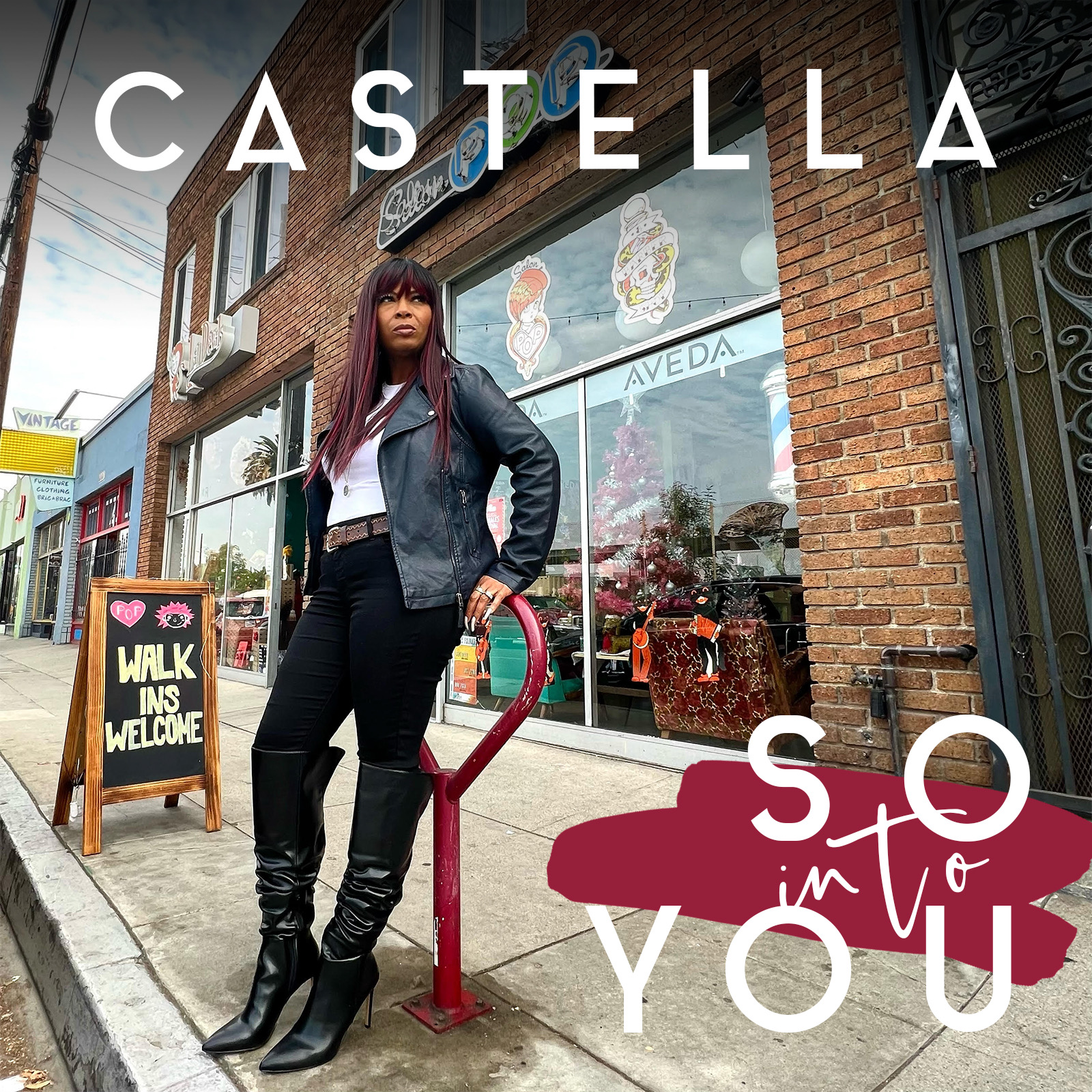 Castella is a proud native of Long Beach, California.  Castella embodies strength and courage, she goes after what she wants and gets it! Castella was born Cathy Rebecca Crowell, the baby girl of the family. Affectionately named after her grandmothers, Kathleen and Rebecca, she carries the spirit and strength of these two beautiful women with her daily. She chose the name Castella to honor her maternal grandmother, who was called Ms. Castella around town

Singing all of her life in church choirs & groups and as a soloist, Castella’s voice is unique, different, strong, powerful, yet soothing. Many of her musical influences growing up were gutsy, powerful singers like Phyllis Hyman, Tramaine Hawkins, Daryl Coley, Vanessa Bell Armstrong, Sarah Vaughn, Aretha Franklin, Gladys Knight, Mikki Howard, Regina Belle.  While voices like Luther Vandross, Natalie Cole, Karen Carpenter, Dione Warwick and Minnie Riperton spoke to that sensitive, smooth side of influence. All of these voices helped create what is uniquely, Castella!

Castella is more than an exceptional vocalist. Darryl Swann, multi-platinum, Grammy Award winning producer and her executive and vocal producer, engineer, mixer and co-writer on Mojito says, “She just writes good songs, she’s a songwriter!” Castella wrote all the lyrics for her debut EP Thinking About You. Her debut EP is a compilation of R&B/Soul & Smooth Jazz songs.

During the pandemic, she met producer Jeff Canady and they pushed out two recordings, Let Me Love You and Sleigh Ride. Let Me Love You reached #33 on the smooth jazz charts and rose to #5 on the Urban charts and now achieved global status at #1 on the Black Planet Radio chart in Italy. Sleigh Ride rose to #6 on the smooth jazz Holiday Chart. Let Me Love You garnered her nominations for the President’s Award, New Comer of the Year, Best Female Artist of 2020 and Artist of the Year by the Central Standard Time Show on stlsmoothjazz.com

Castella co-wrote Mojito with Swann from her debut EP. Mojito did well on the charts, rising to #2 on the Urban Influencer R&B/Soul Chart and #49 on the Smooth Jazz Network Top 100 Chart!! Castella released her chart topping tune So Glad I Met You featuring trumpeter and friend, Willie Bradley hitting #2 on the UK Soul Charts and #1 in Canada with TeeRex Radio. Castella then worked with French producer Tom Glide producing a remix of So Glad I Met You which topped the UK Soul Breakers Chart at #1 as well as making several charts in the UK and Canada Top 10!

Castella Released her second EP Let Me Love You January 7, 2022. On the same day she released her single So Into You, a remake of the 70’s classic by the Atlanta Rhythm Section. Spearheaded by Gorov Music Marketing in the US and Gary Van den Bussche in the UK, So Into You hit #1 on the UK Soul Breakers Chart on January 3, 2022.