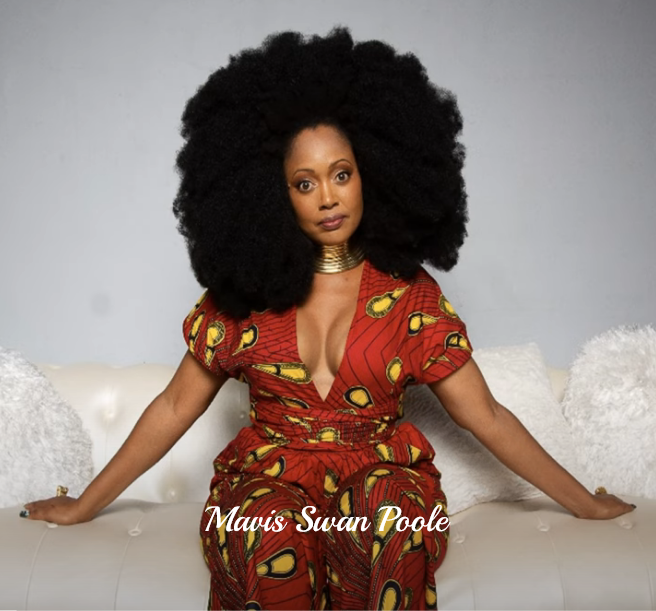 quite a buzz on the international music scene. She is graced with an

unrivaled brilliance of shattering genre barriers with her rich and

smoky sound. Poole is known for being one of the first jazz/soul

vocalists to employ her ability to sing two or more notes simultaneously, or “multiphonics”. A rare gift since childhood, which has remained with her even as a vocal surgery and sulcus survivor.

The late Al Jarreau summed it up best after her co-led band, “Soul understated” played at the Pittsburgh Jazz Festival in June 2015. ”Listen, I was around with Coltrane and Miles. They wouldn’t have wanted to get on the stage after what y’all just did”. In truth, Mavis can croon as sweetly as a bird, or wail and scat out fiery tones and improvised lines with the most confident of instrumentalist. She has performed and shared the stage with the greats in most genres. To name a few, Lauryn Hill, 9th Wonder, PRINCE &amp; NPG, Gladys Knight, Mavis Staples, Sheryl Crow, Shirley Caesar, Dr. Billy Taylor,

and The Wailers. While she has performed with these artists, it has been mostly under her own name, and with her original music, proving a true Artist in her own right.

Central University in Durham, NC. There, she was Classically trained,

earning a BA in Music Education, as well as a BM in Music, with a

concentration in Jazz Vocal Studies. In 2011, she received her MA in

Music, with a concentration in Jazz Vocal Performance at Queens College in NYC. She also attended college for Psychology. Currently, SWAN is a Vocal Jazz Adjunct Professor at North Carolina Central University, as well as a 6-12 grade Music Teacher at Sallie B Howard School of the Arts and Sciences. Of course she is still performing her music around the world. She is a Vocal Coach that boasts teaching experience that spans over 20 years. She is now

features the single and sensual masterpiece, “The Assignment”.

Inspired by her personal desires; the manifestations of the world

around her, and her private ‘adult time’, “The Assignment” was

Queen SWAN is definitely carving her space in the “Musicverse”, and

remembered for years and years to come.