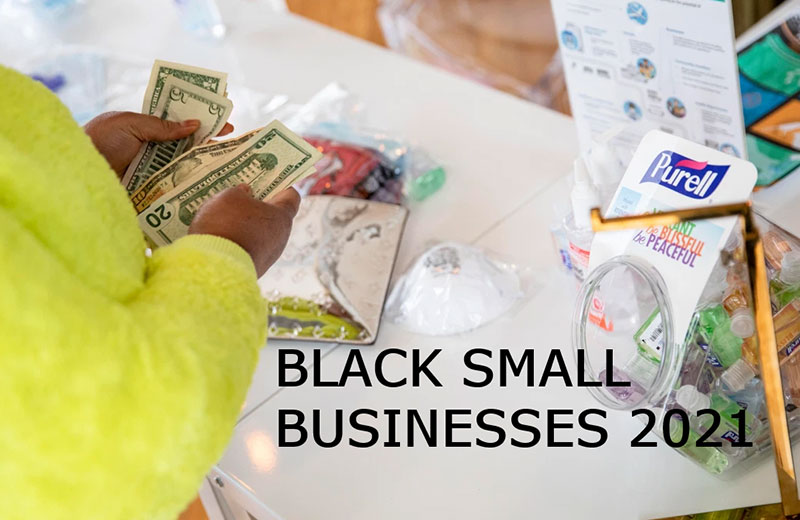 To understand the impact of the past year on Black small businesses, we have to define the “small” segment, particularly the Black small business segment. This is critical. The actual data for Black owned small businesses paints a troubling picture in spite of much current Black entrepreneur optimism. According to the most recent available Census data before the pandemic, there are more than 2.6 million Black-owned businesses in America, now there are 2 million. According to the Minority Business Development Agency, those two million companies generated more than $150 billion in gross revenue, which is less than 1% of the more than $2 trillion in reported gross revenue nationwide. Despite most Black business owners being happy, the COVID-19 pandemic had a significant impact on their business’s health. While 58% of Black business owners report their businesses being in trouble, just 27% of white business owners say the same. Of this number, 109,000 are defined as “employer firms,” which means that they have employees in addition to the proprietor(s). So, out of 2 million Black small businesses, 1.9 million have no employees–they’re sole proprietorships with 109,000 having any paid employees at all. So how does the SBA define a “small” business? The SBA uses a ridiculous metric to define a small business–500 or less employees–by definition precludes nearly all Black small businesses, why if the SBA definition is 500 or LESS? Because when government programs like last years Payroll Protection Program (PPP) or SBA loan programs are offered it is generally through banks and they logically go to their best (usually largest) clients first because it is easier to gain approval and to keep them as customers, so the money never reaches the 109,000 Black small businesses before it runs out. More importantly because nearly all Black small businesses are sole proprietorships, there are no employees, so struggling Black small businesses endure greater hardship. According to The State of Black Women Founders, the number of startups founded by Black women more than doubled between 2016 and 2018. However, it doubled from less than 2% to less than 4%. That’s progress, but not much. Nearly half of all Black women-led startups were in California or New York. Although Black women are well-represented among business owners, they earn disturbingly less money than other business owners. One study found that Black women-owned businesses earned an average of $24,000 in net revenue, compared to $142,900 among all women-owned businesses. That is an enormous and problematic gap. Black-owned employer firms also tend to have fewer employees than the national business average. According to American Express research, 38% of small businesses have two to five employees, while just 7% have six to 10 employees. The overall averages? Forty-one percent employ two to five people and 12% employ six to 10 people. The average level of startup capital for Black entrepreneurs is just $35,205. On the other hand, white entrepreneurs report an average of $106,720 of startup capital. The margin for failure is razor-thin for Black entrepreneurs. Starting a business and getting the capital you need to sustain or grow that business is complicated.

In Part 2 next time, we will explore how Black small businesses can significantly improve the odds for success and compete on a level playing field.