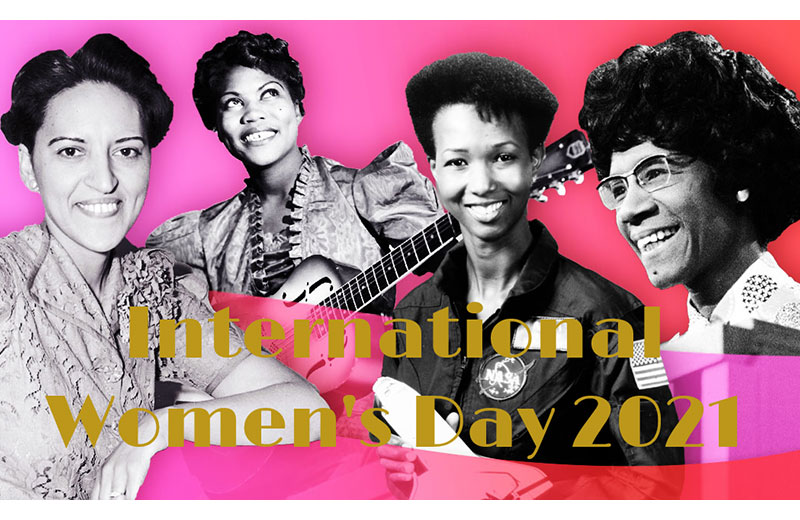 For many blacks in the mid-19th into the 20th century, self-employment was their only way to have a job to meet their basic living needs. Before celebrating today’s black women entrepreneurs, we need to honor a few of the Black female pioneers that cleared the way for today’s successful Black women entrepreneurs.

Keckley was able to buy her freedom and that of her son. As a successful seamstress, she created an independent business in Washington DC in 1860 based on clients who were wives of the Capitol’s elite, including Mrs. Robert E. Lee and Varina Davis, wife of Jefferson Davis. After meeting Mary Todd Lincoln at the President’s inauguration, Keckley was hired to be her dressmaker. She also assisted her with official and social events for six years. As personal confidante and friend to Mary Todd Lincoln, Keckley received donations from the Lincolns for aid to the black community. Later, relations between the two women were strained. Keckley authored a book, “Behind The Scenes, or Thirty Years a Slave, and Four Years in the White House.” The book disclosed the nature of Mrs. Lincoln’s financial woes, something Mrs. Lincoln did not want to make public.

Born into slavery, Goode was the first African American woman to be granted a patent in 1885 by the US Patent and Trademark Office. After gaining her freedom, she opened a furniture store in Chicago. Goode’s customers complained about not having enough space for full sized beds. As a solution, she invented a a folding cabinet bed designed for those who lived in tight living quarters. Her bed was a precursor to today’s Murphy bed.

A former slave, Clara Brown was granted her freedom through the will of a plantation owner. She left for Denver, Colorado and earned money from her own laundry business. Brown invested her earnings into mine claims and land. With these Colorado gold rush-related investments, she accumulated $10,000 in savings. Brown became prosperous and is often known as Colorado’s first black settler and entrepreneur. She used her small fortune to educate former slaves and give them a new start.

Malone was no slouch in the hair business and gave Walker (see below) her start as an agent. It was Malone who originated hair straighteners, special oils and hair stimulants for African-American women, using her own Poro formula. There certainly was a business rivalry between Walker and Malone but the latter is lesser known. Malone has her own rich legacy, having lived a longer life and earned millions. She trained 40,000 black men and women, advocated for economic independence for black people, built Poro College and provided students with financial support.

Formerly known as Sarah Breedlove Davis, Madame CJ Walker was born to slaves then orphaned at age 7. She became a single mother, earning $1.50 as a washerwoman. She began losing her hair, having scalp issues. As a result of her interest in hair products, Walker began as a sales agent for Annie Turnbo Malone’s hair care company. Walker moved to the Southwest with her husband and literally stole Annie’s formulas which Malone had never patented. Annie;s response, I love CJ and there is room enough for both of us. Walker surpassed Malone, aggressively promoting her manufactured hair products in black newspapers in order to target black communities. Her products were designed for kinky textured hair. She built her own hair-care business from the ground up, earning $500,000 a year.

According to Guiness World Records, Walker became the first woman to earn a personal fortune of more than $1,000,000. She employed 20,000 agents or hair culturists across the country. Her net worth at the time of her death in 1919, consisted of her substantial NY real estate holdings and her controlling interest in her hair firm, putting her over $1 million at the time of her death in 1919. She was a notable philanthropist, pledging $5,000 to the NAACP, the largest gift ever received at the time. Her will bequeathed two-thirds of future net profits of her estate to charity. A profligate spender Madam believed her upscale image promoted her products and her like-minded consumer, close friend of Jack Johnson, they were the faces of the new Black public wealth. Walker was broke by the Market crash of 1929.