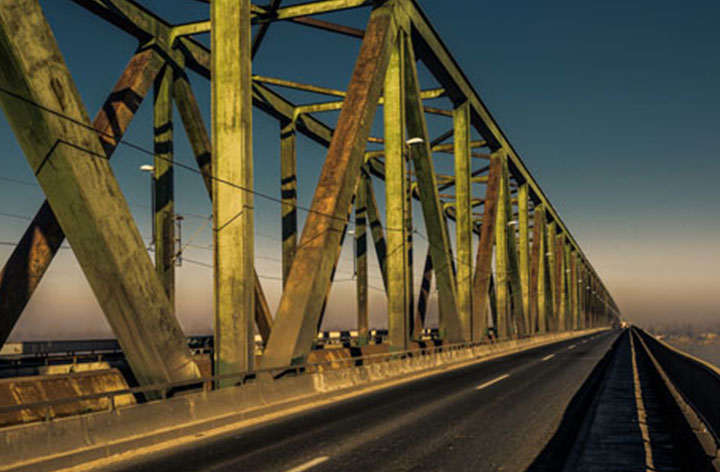 Ed Rendell remembers his quest to become two-term governor of Pennsylvania as something of a tale of two cities.

For decades, people running for statewide office in Pennsylvania had two sets of speeches. In the eastern half of the state, they talked about jobs and education. In the western end — divided by three big rivers — they promised to get help for dangerously decrepit bridges.

“In Pittsburgh, bridges were a huge issue,” he said. “It’s really amazing. Pittsburgh probably has more bridges per capita than any city in America.

“We have a huge problem,” said Rendell, who co-chairs the advocacy group Building America’s Future. “You look at other states, and there are very few states that are even close to it.”

The yearly report on bad bridges by the American Road and Transportation Builders Association (ARTBA) was released Wednesday, and Pennsylvania ranked second to Iowa in the number of structurally deficient bridges. Nearly 20 percent of the Keystone State’s bridges achieved that level of decrepitude. Nationwide, 55,710 bridges were found to be deficient.

Those bridges aren’t all about to tumble down, though there have been notable bridge collapses. In 2007, the Interstate 35W Mississippi River bridge in Minneapolis collapsed, killing 13 people; in 2013, the Skagit River Bridge in Washington state collapsed into the river after overhead support beams were struck by an oversize load.

Those bridges aren’t all about to tumble down, though there have been notable bridge collapses. In 2007, the Interstate 35W Mississippi River bridge in Minneapolis collapsed, killing 13 people; in 2013, the Skagit River Bridge in Washington state collapsed into the river after overhead support beams were struck by an oversize load.
The cost to consumers is hidden, but it can translate into most things they buy. As a bridge nears the end of its life, the first indication is a sign restricting the weight on trucks that cross over it. Rerouting trucks to less favorable routes adds to the cost of delivery for everything from gasoline to a tube of toothpaste.

“Truckers need to follow particular routes to destinations that avoid these hazards and restrictions,” said Rick Turek, chief navigation scientist at the fleet service management company Omnitracs. “For most of the destinations, there are safe routes to and from. For a smaller number of destinations, typically residential deliveries, the goods will need to be transferred to a smaller vehicle for the actual delivery.”

If there was good news in the ARTBA report, which was drawn from federal data, it was that the number of bridges needing repair dropped by 2,785 last year. But at that pace of improvement, it will be a generation before the last deficient bridge is addressed.

[Nearly 59,000 bridges in U.S. are structurally deficient] The average life span of a highway bridge is 50 to 70 years, with newer bridges that were built to higher standards expected to achieve that higher number.
Rusting alone has rendered 15 percent of the country’s bridges structurally deficient, according to the National Association of Corrosion Engineers. All the need might dovetail nicely with the White House vow to invest $1 trillion in infrastructure, some portion of which would go to roads and bridges. Though that promised investment, so far, relies on a campaign white paper that says the money could be leveraged by offering an 82 percent tax credit to private investors, people on Capitol Hill hope to round out President Trump’s funding strategy.

“This is the first president that I can recall who talked in his inaugural address about infrastructure,” said House Transportation Committee Chairman Bill Shuster (R-Pa.), who counts more than three dozen deficient bridges in his southwestern Pennsylvania district. “We at the national level have to figure out how we’re going to make these investments, and figure out how we get it done, and now we have a president who’s pounding on the table saying we’ve got to do it.”

[Finding cash for Trump’s promise on roads, bridges, transit starts this week on Hill] The average bridge in Shuster’s state is 51 years old and nearing the end of its functional life. Though there is no shortage of rivers that need crossing in the eastern half of Pennsylvania, rivers are a dominant characteristic in the west. Pittsburgh alone counts 446 bridges.

None of the spans that cross Pittsburgh’s famous three rivers is a toll bridge.
Even with a tax credit, private investors want a return on their money, and for bridges that generally means imposing a toll. “Like many of the things we’re talking about with the quote-unquote trillion-dollar plan of President Trump, it will fit well for some states and some projects, but certainly it will not address most of the needs we have out there across the country,” said Alison Black, ARTBA’s chief economist.
Rendell, who once proposed creating a public-private partnership to govern the Pennsylvania Turnpike, said Trump’s plan to lure private investors just won’t work in Pennsylvania or most other states.

“It has to be government investment, no if, ands or buts, and in Pennsylvania we have 4,500 deficient bridges,” Rendell said. “My guess is that no more than 10 of them can be tolled.” Of all the country’s 55,710 structurally deficient bridges, Rendell estimates that there are probably 500 that could be tolled. Statewide candidates in Pennsylvania no longer need to give different speeches in Pittsburgh than they do in Philadelphia. “That’s changed. We have a huge bridge problem in the eastern part of the state as well,” Rendell said.

This year, all 10 of the most heavily traveled deficient bridges in Pennsylvania are in the east, carrying Interstate 95 for 18 miles through Philadelphia. When a bridge inspector in search of a cheesesteak shop happened to park under an I-95 bridge nine years ago, he noticed a half-inch-wide, four-foot-long crack and had the major East Coast highway shut down for several days. “Had not that guy wanted a cheesesteak, we would have had a tragedy,” Rendell said.